Menu
About NBCA
Our President
Our Mission
Our History
Our Strategic Plan
About NBCA
The National Baptist Convention of America, Incorporated (NBCA), is a fellowship of voluntary churches approximating three and half million African-American Baptists whose initial roots stemmed from the organization of the Foreign Mission Baptist Convention of the United States.
The focus of the NBCA, since its inception and prior to its incorporation status, has been upon education, missions (home and abroad) and the publication and circulation of religious literature.
The NBCA ministries as the convention has committed itself to the implementation Christ’s Great Commission beyond the confines of the local churches to the community where children of the family of God reside.
Our President 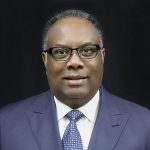 A devout man of faith, Reverend Dr. Samuel C. Tolbert, Jr., has dedicated his life to Christian service. Dr. Tolbert has been the pastor of Greater St. Mary Missionary Baptist Church in Lake Charles, Louisiana for almost 40 years, President of the National Baptist Convention of America, Int’l, Inc. (NBCA), member of Lott Carey Baptist Foreign Mission Convention, and President of North American Baptist Fellowship (NABF). Additionally, Dr. Tolbert serves as member of the Board of Supervisors for Southern University System in Baton Rouge, Louisiana, and Chairman of Board of Trustees at Simmons College of Kentucky.

Dr. Tolbert is also a recognized civic leader. He served as a Commissioner for the Lake Charles Housing Authority, served 12 years as a representative of District “A” on the Lake Charles City Council, and served as a member of the Board of the Louisiana Economic Development Corporation.

Dr. Tolbert’s accomplishments reflect his dedication to his faith, education, and service. Dr. Tolbert holds a Bachelor of Arts degree from the Historic Bishop College formally of Dallas, Texas, Master of Divinity from Payne Theological Seminary, Wilberforce, Ohio and earned a Doctor of Ministry from Union University in Jackson, Tennessee. Dr. Tolbert is a member of the Alpha Phi Alpha Fraternity, Inc., the oldest intercollegiate historically African American fraternity.

Having a heart for missions and doing his part to fulfill The Great Commission in Matthew 28, Dr. Tolbert has organized, lead, partnered and participated in many global mission trips spreading the Gospel of Christ in the Bahamas, Canada, England, France, Germany, Ghana, Guyana, Haiti, Israel, Italy, Jamaica, Mexico, Panama, South Africa, Switzerland, and Zimbabwe.

Dr. Tolbert has been married to Matilda Edwards Tolbert for 35 years and they are the proud parents of two daughters, Candace, and Kayla. Dr. Tolbert’s favorite quote is “Every delay is in your favor when you are a child of God.”

The National Baptist Convention of America shall serve to promote and support Christian education, Christian missions and church extension through the combined efforts of Baptist churches and organizations and shall seek to cause the gospel, as understood and practiced by our Baptist faith, to be spread throughout this nation and to the foreign nations.

The National Baptist Convention shall seek to positively impact and influence the spiritual, educational, social, and economic conditions of all humankind.

Historian L. B. Jordan records that in 1880, there were nearly two million former slaves in Baptist churches which created a need for a national aggregation of African-American Baptists. On Wednesday, November 24, 1880, one hundred fifty-one (151) messengers, representing eleven states throughout the United States, met at the First Baptist Church in Montgomery, Alabama and organized the Foreign Mission Baptist Convention of the United States. The Reverend W. H. Alpine of Alabama was elected as the first permanent president.

In 1886 the American National Baptist Convention was organized in Saint Louis, Missouri, and in 1893 the Baptist National Educational Convention was organized in the District of Columbia. There was the recognition for unification among our African-American brothers and sisters; therefore, on September 28, 1895, in Atlanta, Georgia, at the Friendship Baptist Church, these three great conventions united and formed the NATIONAL BAPTIST CONVENTION, making it the largest African-American Baptist organization in America with a membership in the millions.

In order to carry out the mission of the National Baptist Convention, three boards were created: The Foreign Mission Board, the Home Mission Board out of Little Rock, Arkansas; and the Educational Board located in Washington, D.C.

Whereas, it is the sense of Colored Baptist of the United States of America, convened in the City of Atlanta, Georgia, September 28, 1895, in the several organizations known as ‘The Baptist Foreign Mission Convention of the United States of America,’ hitherto engaged in mission work on the West Coast of Africa, ‘The National Baptist Educational Convention,’ which has sought to look after the educational interest, that the interest of the kingdom of God required that the several bodies above named should unite in one body. The Name of the new organization is given as “The NATIONAL BAPTIST CONVENTION of the Unites States of America.”

Article II gives the objective as follows:
The objective of this convention shall be to do mission work in the United States, in Africa, and elsewhere abroad; to foster the cause of education and to promote the publication and circulation of religious literature.

In September, 1988 the National Baptist Convention of America, Incorporated and the National Baptist Convention U.S.A., Inc. met in their annual sessions in Dallas, Texas and Fort Worth, Texas, respectively. A joint worship service convened in the Reunion Arena in Dallas, Texas, celebrating their togetherness and protesting apartheid in South Africa.

Today the NATIONAL BAPTIST CONVENTION OF AMERICA, INCORPORATED has made tremendous growth in numbers, ministries, and in honoring its commitment to education, evangelism and mission at home and abroad. The National Baptist Convention, Incorporated continues to support mission fields in the Virgin Islands, Panama, Haiti, Country of Jamaica, and Ghana in West Africa.

The National Baptist Convention of America, Incorporated, continues to honor its commitment to its nature and function as articulated in its constitution which states:

The National Baptist Convention of America, Incorporated is organized and operated exclusively for religious purposes; to foster unity and efficiency of Foreign Mission, Home Mission, and educational work throughout its membership constituency and the world; to serve as an agency of Christian Education, Missionary and Church Extension; to marshal the efforts of Baptist Churches and organizations in extending the gospel of Jesus Christ at home and to the foreign fields; to propagate Baptist doctrines of faith and practice and its distinctive principles throughout the world; to lend its influence in maintaining and safeguarding full religious liberty and spiritual independence at home and on the foreign fields. It is committed to harnessing the Christian scholars and creative religious writers for the publication of Baptist literature and to provide the opportunity for them to be participants throughout the Christian world. It is committed to safeguarding the principles of civil liberty, social justice, and the equality of human kind as children of God.

NBCA’s strategic planning process was designed to include the wisdom and imagination of denominational officers, pastors, congregational leaders, and the general membership of NBCA. This inclusive approach to discerning God’s will for the denomination and cultivating a collective vision for the future.

The strategic plan that follows was developed using an Appreciative Inquiry approach to planning. This method was selected because it builds on life-giving strengths of an organization, seeks positive change, invites community conversations, and encourages creative imagination. Rather than the leader imposing a personal vision for the denomination to embrace, leaders and members were invited to explore together what is valued most about NBCA, when it has done its best work, what has made constituents feel best, and what constituents dream about their future Christian witness. Together, the NBCA has been invited to discover, to dream, to discern, and to design.

NBCA is committed to helping equip our pastors and member churches to be effective in ministry in their local churches, community and in the mission field abroad. We invite you to become a member of NBCA today and begin experiencing the power of structured Theological teaching, Christian fellowships and Missionary opportunities, all designed to promote kingdom growth. We welcome you in to our Fellowship!

“We all want to travel. We all need to save!”